Ramos-Horta on Myanmar, COVID-19 and the New World, by the Global Peacebuilding Association 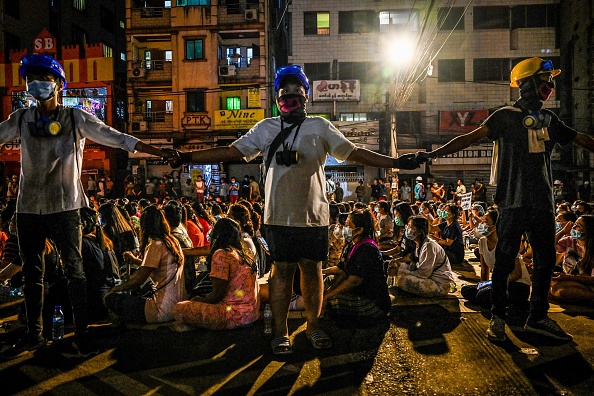 A Report on Online Conversation on Myanmar, COVID-19, and the New World by the Global Peacebuilding Association, 11 June, 2021

Mr. Ramos-Horta started his presentation by stating that since February, the entire society of Myanmar had been living through an extreme level of violence and fear. It is for the people of Myanmar that we must show loyalty. He was also concerned, how leaders of ASEAN who in the past had welcomed Aung Suu Kyi in their own countries or visited in Myanmar and were welcomed by her, suddenly do not invoke her name during the meetings.

It happened in the past when Anwar Ibrahim was in jail, Mr. Ramos-Horta was the only foreign minister in the ASEAN region, who at least behind the scenes, pushed for his well-being and release. He was saddened that ASEAN leaders were silent and not openly calling for Aung San Suu Kyi release. She was the elected leader (in 2012, 2015 and 2020), with an even bigger majority, and could not be ignored along with the newly elected parliament.

ASEAN is facing a major political-diplomatic storm, what’s happening in Myanmar is a challenge to its centrality and ethical leadership. The international community surely understands the extraordinary difficulties ASEAN leaders face, ASEAN founding Charter is not based on the same principles, same values, similar demands to those of the European or African Union. In Africa for example, if there is a coup, membership of the country concerned is immediately suspended, and comprehensive sanctions are activated by both the African Union and European Union, both firmly adhering to the zero tolerance principle on military coups.

Asia is the one region in the world that faces the most extraordinary, sometimes impossible challenges, very dangerous risks, as tensions escalate between China and India, tensions in South China Sea and East China Sea, and many other unresolved border disputes. It is in Asia where we have the most communist dictatorships and the most nuclearised neighbors.

ASEAN is a world’s leading organization, much respected, but it should also be able to resolve regional problems, especially when military snipers shoot in cold blood civilians, teenagers, the military storm into people’s homes and kill randomly, when aircrafts bomb villages along the Myanmar-Thai border, etc. This should be a matter of international concern to which the principle of Responsibility to Protect (R2P) is applied. ASEAN should have the courage to say “enough is enough” to Myanmar.

As a member of the international community, Japan is a critical partner in peacemaking in the region and globally, it has to be more forceful. According to Mr. Ramos-Horta, Japan cannot allow itself to be lectured again and again on the past, namely what Japan did during World War II, to stay silent. We are living in the XXI century, history has been written, Japan cannot allow itself to be always intimidated because of its past history. It has to be more outspoken, associate itself with the United Nations and the European Union in order to put pressure on Myanmar military leaders. We are in XXI century, and what is happening in the heart of Southeast Asia is unacceptable.

Having explained his views on Myanmar situation, Mr. Ramos-Horta urged the international community to:

1. continue to recognize the elected government and its embassies and envoys, provide funding for these embassies to function, and

2. expand sanctions and identify where the military has stashed the money away in such countries as Singapore, Thailand, and China. 90% of Myanmar’s economy is already paralyzed because of the military.

Mr. Ramos-Horta then stated that never before in Southeast Asia he had witnessed a movement as encompassing as the one in Myanmar. How even children, teenagers, movie stars, doctors, academics, farmers, all are engaged in the fight for democracy and how they are all everybody paying a heavy price. Our regional community cannot pretend that the military is legitimate. It is also an absolute absurdity and extreme hypocrisy that the military are accusing Suu Kyi of corruption. If anybody should go on trial for corruption, that should be the Tatmadaw, for their 60 years of robbery of the country.