Political situation in Myanmar and the effects on Bayingyi villages

The following Report was received by President Ramos-Horta on 4 June, 2022:

Since the military coup of February 1, 2021 in Myanmar, .thousands of civilians have been killed and detained by the military; at least 12,417 civilian houses have been burned, at 296 locations.

Included in those civilian houses burned down by the military forces are our Bayingyi villages, located in the Mu Valley in Sagiang Region. Bayingyi people are a subgroup of ethnicity of Luso-Asians, and are the descendants of Portuguese mercenaries or adventurers who came to Burma in the 16th and 17th centuries. In spite of being assimilated into the dominant ethnic group of the region, Bamar, the Bayingyi people always keep their sense of Portuguese identity and Roman Catholic faith.

The Myanmar military has again proven itself to be brutal persecutors of Myanmar’s civilians. So whenever
the military troops approach the villages, the villagers leave everything behind to run for their survival. The soldiers shoot anyone found in the streets, loot the valuable properties, and purposely burn the houses. They do these horrendous things to frighten the civilians so that the people will submit themselves to the regime.

Chan-tha-ywa
On January 10, 2022, the soldiers arrived at the village of Chan-tha-ywa and seized all corners of the village. Since the villagers had run away (except a few old and sick people), the soldiers started burglarizing and robbing, entering houses and taking all precious things like gold and money; slaughtering cows, buffalo, pigs and animals; arresting some unsound minded persons and old people for the sake of bullying and persecution. They killed 3 Bayingyi villagers without a reason. From then on, the village has been occupied from time to time. On May 6, the soldiers burned down 22 houses of the village and destroyed the crops of the villagers. It has become a custom for the villagers to run on their arrival and to come back to their ruined homes after the soldiers have left.

February 25 is the horrible day for Chaung Yoe: the soldiers fired artillery to the village 7 times. By the grace of God and under the protection of Mother Mary, no one died. Later the soldiers burned the nearby villages. The sky was covered by the smoke of fire from the villages.

On March 28, soldiers with ordinary clothes and full of heavy guns directly came into the Church compound and shouted loudly in front of the clergy house, and shot at the clergy house. One religious brother and two seminarians were arrested and were released a few hours later.

On the same day, a villager and his son were shot to death while running away through the paddy fields. In the night, the soldiers burned t17 houses. On the following day, they burned the adoration chapel, Marian shrine and Sacristan. Two brave Sisters ran into the church and took the ciborium and consumed the consecrated Hosts to prevent from the sacrilege of the soldiers. The Sisters also hid some villagers in their convent and all of them were safe. These soldiers did the same to the nearby Buddhist monastery and burned the monastery.

Third attempt: on May 20, the soldiers and their associate armed groups came to Chaung Yoe and started firing artillery and burned downed more than 200 houses. On May 22, they burned down other remaining houses of the village — more than 300 houses. The village is composed of around 350 houses, now only 20 houses remained unburned. The church, clergy house and Sisters’ convent remained as well.

Because of these brutal repressions by the military, thousands of our Bayingyi people became refugees either in their surrounding areas or in the compound of the religious organizations. Food supplies, medical supplies, financial and moral support are badly needed. Above all, justice for these suffering people and for all the civilians is badly needed.

According to Assistance Association of Political Prisoners documentation, as of May 23, 2022, 1,858 people are now confirmed killed by the junta since the coup and a total of 10.736 people are currently under detention, 1,077 people have been sentenced to prison. 72 of them have been sentenced to death, including 2 children, while 1,979 are evading arrest warrants (https://aappb.org/)

Myanmar’s junta forces had burned down at least 12,417 civilian houses at 296 locations by the third week of May with Sagaing Region suffering the heaviest damage, according to the independent research group Data for Myanmar.

There are 10 states and regions where houses have been burned down by regime forces with Sagaing, Magwe, Chin and Kayah suffering the heaviest damage. 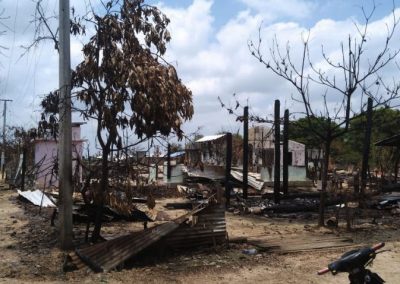 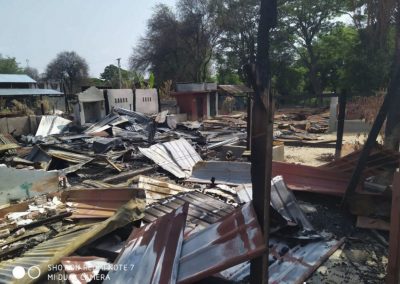 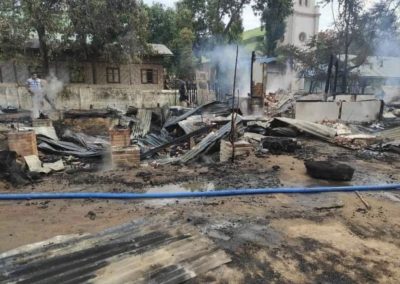 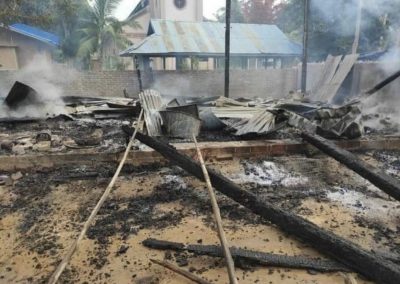 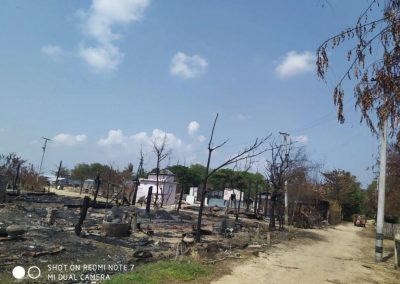 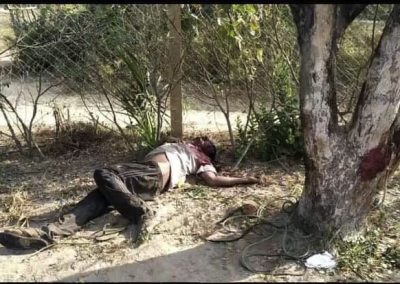