Timor-Leste will be the first country in the world to adopt The Human Fraternity document, a document promoting peace and harmony between Christians and Muslims that has been endorsed by both Pope Francis and Ahmed el-Tayyeb, the grand imam of Al-Azhar. The “Document on Human Fraternity for World Peace and Living Together,” was signed on February 4, 2019, in Abu Dhabi during the pope’s visit to the United Arab Emierates. It seeks to promote a “culture of mutual respect” between the religions.

All 60 parliamentarians at the plenary session of the Parliament of Timor-Leste on May 12 agreed to the adoption of the Document on Human Fraternity for World Peace and Living Together. It was presented to the Parliament by then President-elect Jose Ramos-Horta, who also hopes to implement in the school curriculum to maintain interfaith harmony and peace. Ramos-Horta has actively lobbied lawmakers for its adoption. He also discussed it with former prime minister Mari Alkatiri, a Muslim, during their meeting on April 28. Ramos-Horta is a committee member for the 2022 Zayed Prize for Human Fraternity. In October last year, he had a meeting with Pope Francis at the Vatican where he received a copy of the document directly from the Holy Father.

“Timor-Leste will be the first country in the world to adopt the document into the school curriculum,” he said. “It will teach school children about religion, ethnicity, social class and political tolerance in society,”

The official state announcement regarding the adoption was made on May 20 as part of the inauguration of the president-elect.

Ramos-Horta said it was important for Timor-Leste as a Catholic-majority country in Asia to maintain its reputation “as a country free from religiously motivated violence.”

Of Timor-Leste’s 1.3 million population, Catholics make up 97 percent while Muslims comprise under 1 percent.

The Document for Human Fraternity for World Peace and Living Together 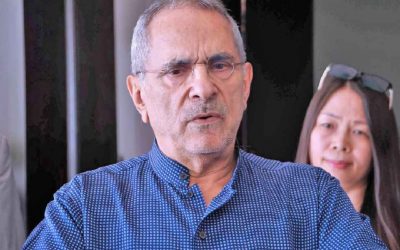 The Muslim Council of Elders released a video today on Timor-Leste's adoption of the Document on Human Fraternity for World Peace and Living Together. Timor-Leste has become the first nation in the world to formally adopt the document. 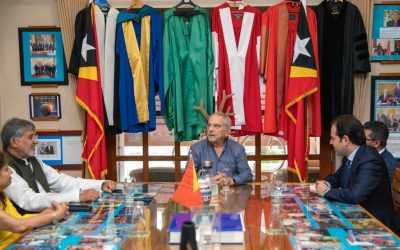 DILI, 21st May, 2022 (WAM) -- José Ramos-Horta, President of East Timor, expressed his happiness at the decision made by his country’s parliament to adopt the Document on Human Fraternity as a national document and its integration into the school curriculum. In his... 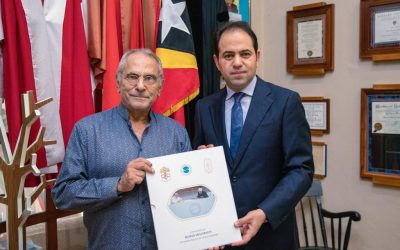 The newly elected President of East Timor, Dr. José Ramos-Horta has announced his country’s adoption of the Document on Human Fraternity as a national document, set to be implemented in educational and cultural institutions in the southeast Asian nation. President... 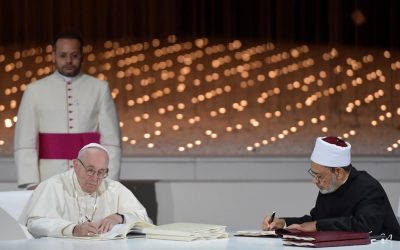 (UNION OF CATHOLIC ASIAN NEWS) Catholic-majority Timor-Leste will be the first country in the world to adopt a papal-endorsed document promoting peace and harmony between Christians and Muslims. All 60 parliamentarians at the plenary session on May 12 agreed... 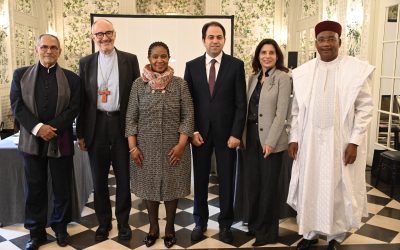 VATICAN, 6th October, 2021 (WAM) - Pope Francis, Head of the Catholic Church, Wednesday met with Zayed Award for Human Fraternity 2022 judging committee at the Apostolic Palace and commended their role in promoting the core principles of tolerance and human...